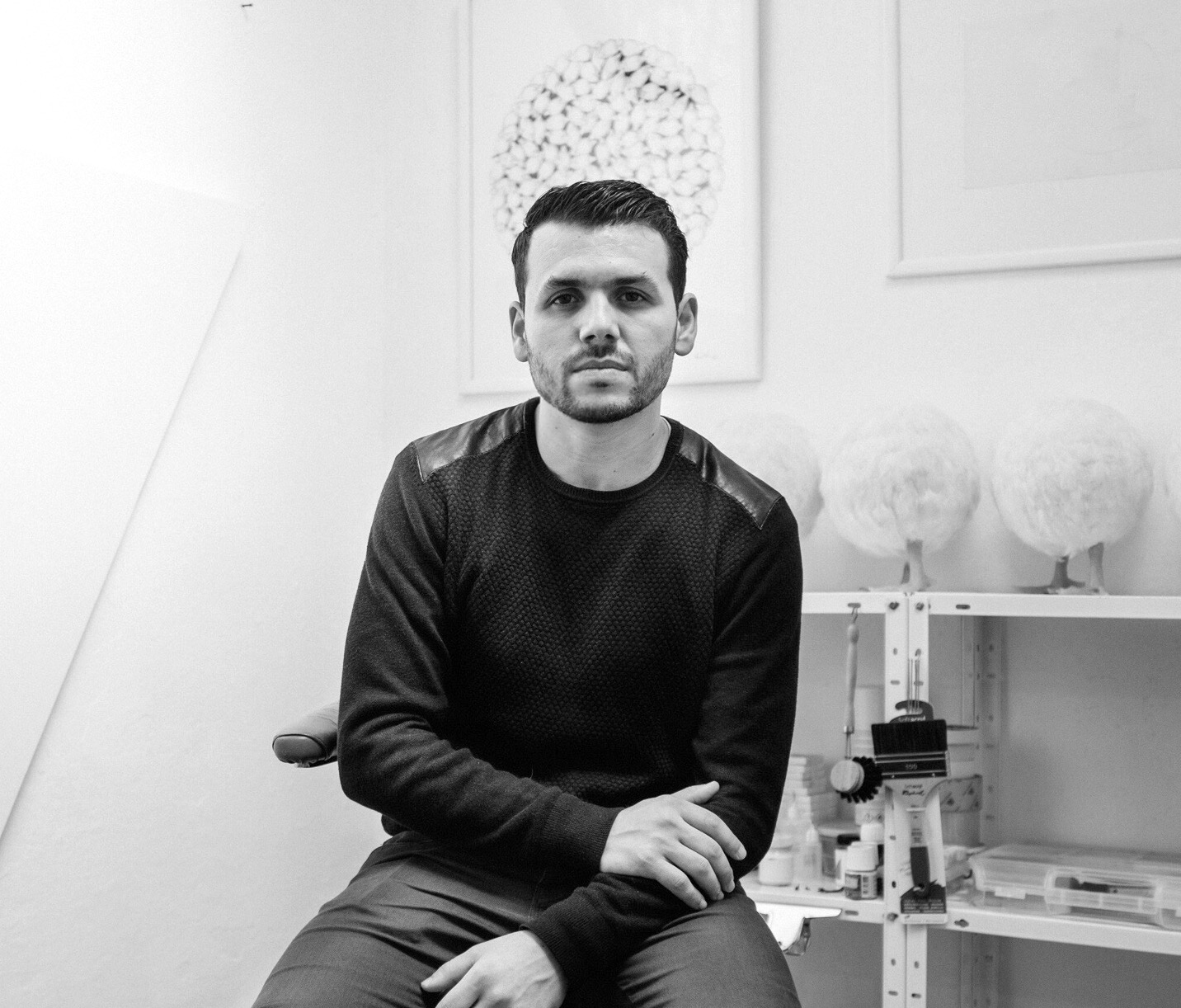 Nafie Ben Krich is an emerging contemporary Moroccan artist born in 1988 in Tétouan in Morocco. He graduated from the National Institute of Fine Arts in Tétouan. He is a visual artist who begins a symbolic dialogue between his experience and his practice. Coming from a modest and commercial background, it is by observing the chickens that his father raises and sells that he develops his aesthetic practice. With the tools present in its environment; knives, bone and feather cutting plates, Nafie plastically translates the social issues that arise; "How can the environment domesticate the individual? What is the objective of man in the domestication of the other? Since prehistoric times, man has practiced this policy of domestication towards the animal, and this policy has developed to become a human practice against humanity; a policy that manipulates the person's thoughts and behaviors. ”

Nafie Ben Krich questions the human condition by comparing it to chicken farming. The artist uses elements specific to his life, his father and himself having had a poultry business. He shows us the object of his labor, as if transcended. Nafie’s universe is absurd, tragic and comical; populated by headless and wingless hens. His drawings and sculptures are the sarcastic observation of our society which would only advance by the force of the consumerist system. Nafie Ben Krich, had been marked in his childhood by his father's chicken coop. He watched daily chickens piled up in narrow crates, loaded, unloaded, and chickens force-fed and then slaughtered in large numbers. Their way of life, their short longevity and their passivity had obsessed him to the point of deciding to make it his artistic project. Chicken, the favorite animal, is partially drawn, enclosed in its shell or even carved. The problematic of his work begins with the observation of the domestication of the animal to arrive at a broader observation which is the questioning of the role and influence of the environment in the subjugation of the individual. What is the goal of man by taming the other? Since prehistoric times, and more precisely from the Neolithic period, man has practiced this domestication activity vis-à-vis the animal and this activity has developed with the evolution of our civilizational societies so that it becomes , in a way, a human practice on the individual, which serves a certain part of society, but which in the end is not at the service of humanity, a practice which makes it possible to manipulate thoughts and behaviors people.

The common people are frail cowardly creatures who could not endure liberty or face the truth, and must be ruled over and systematically deceived by others who were stronger than themselves. ― George Orwell

Under the Shadow, Triptych 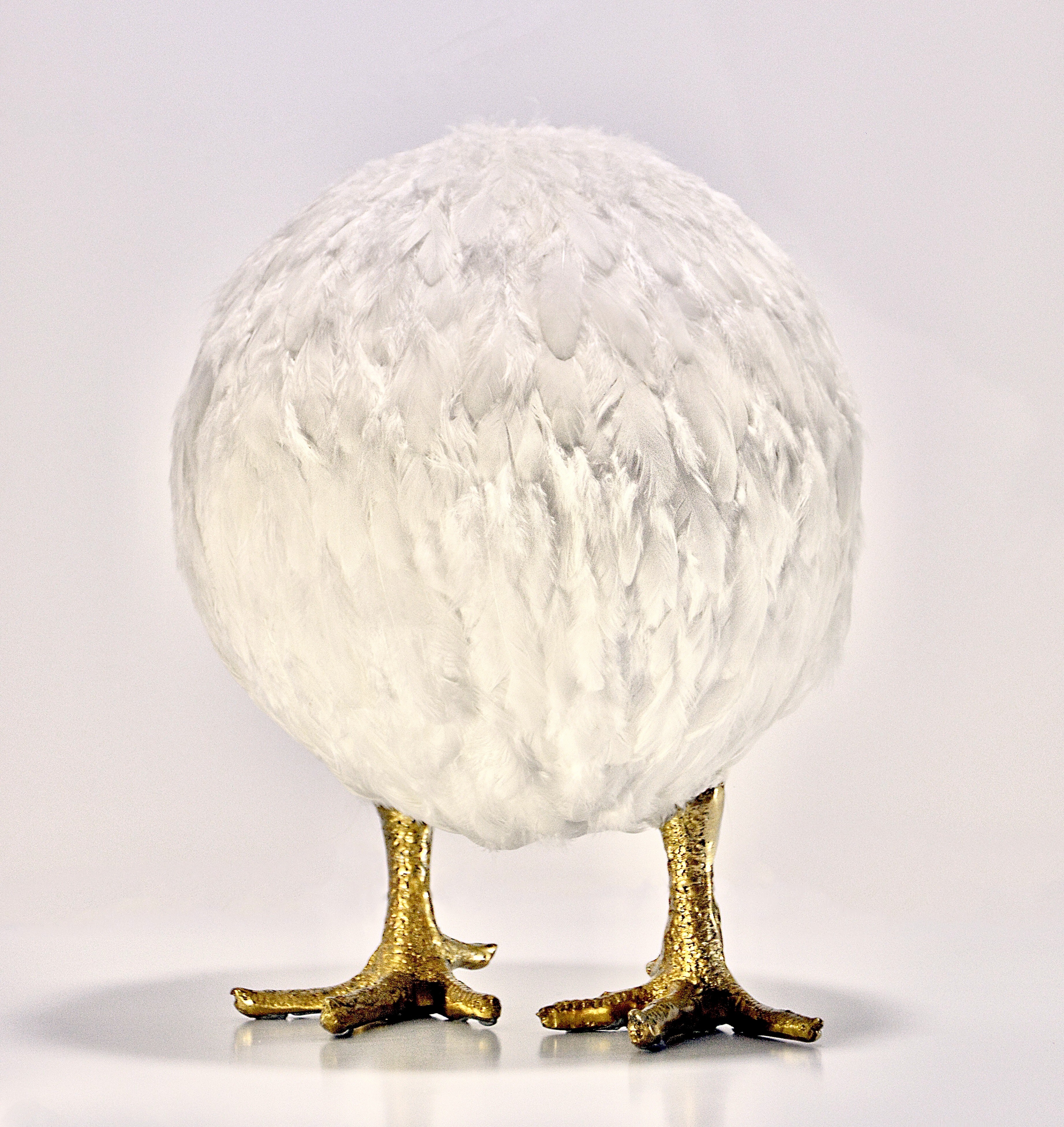 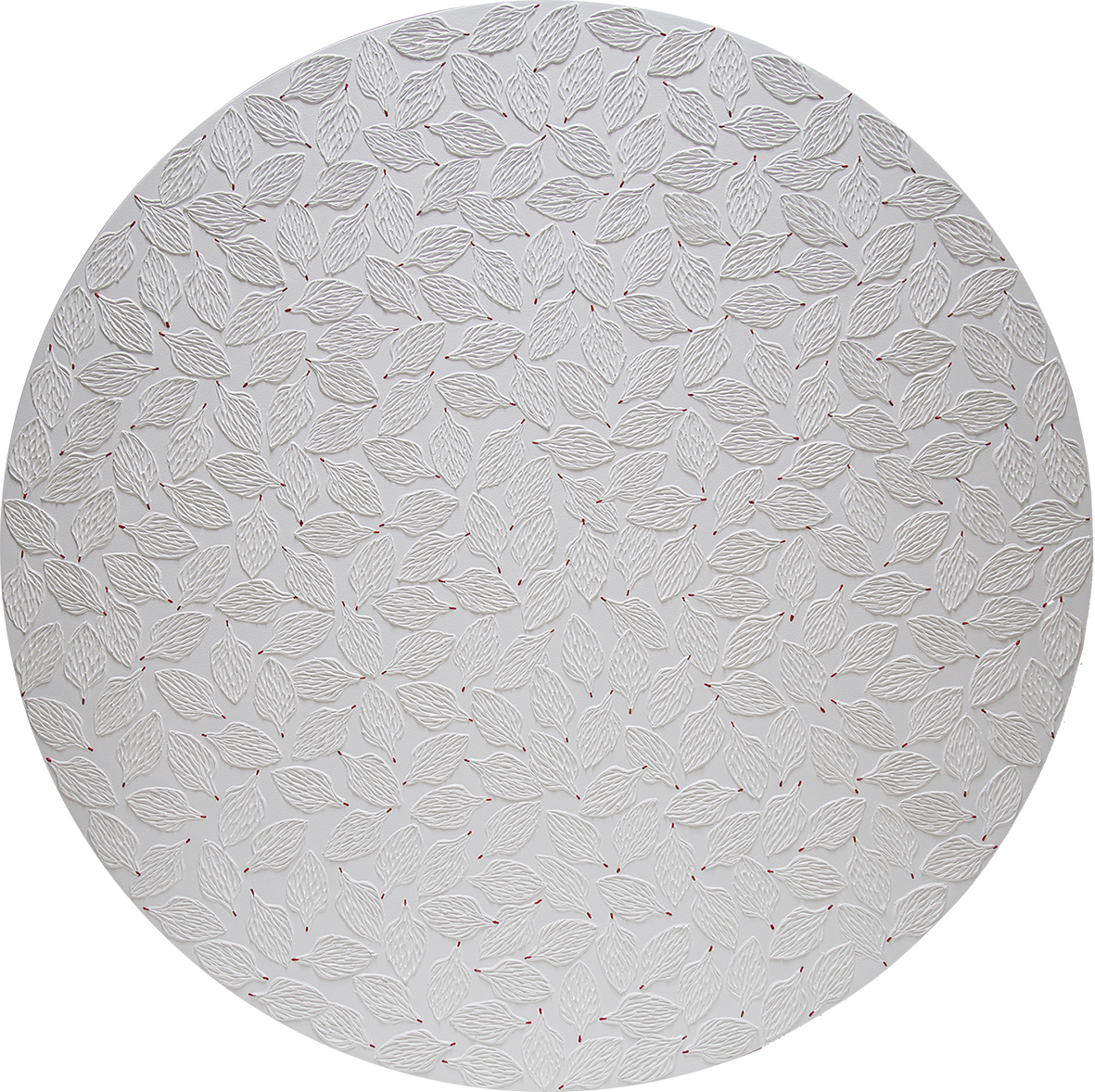 Inside the white circle | From the Stereotypes Painting series 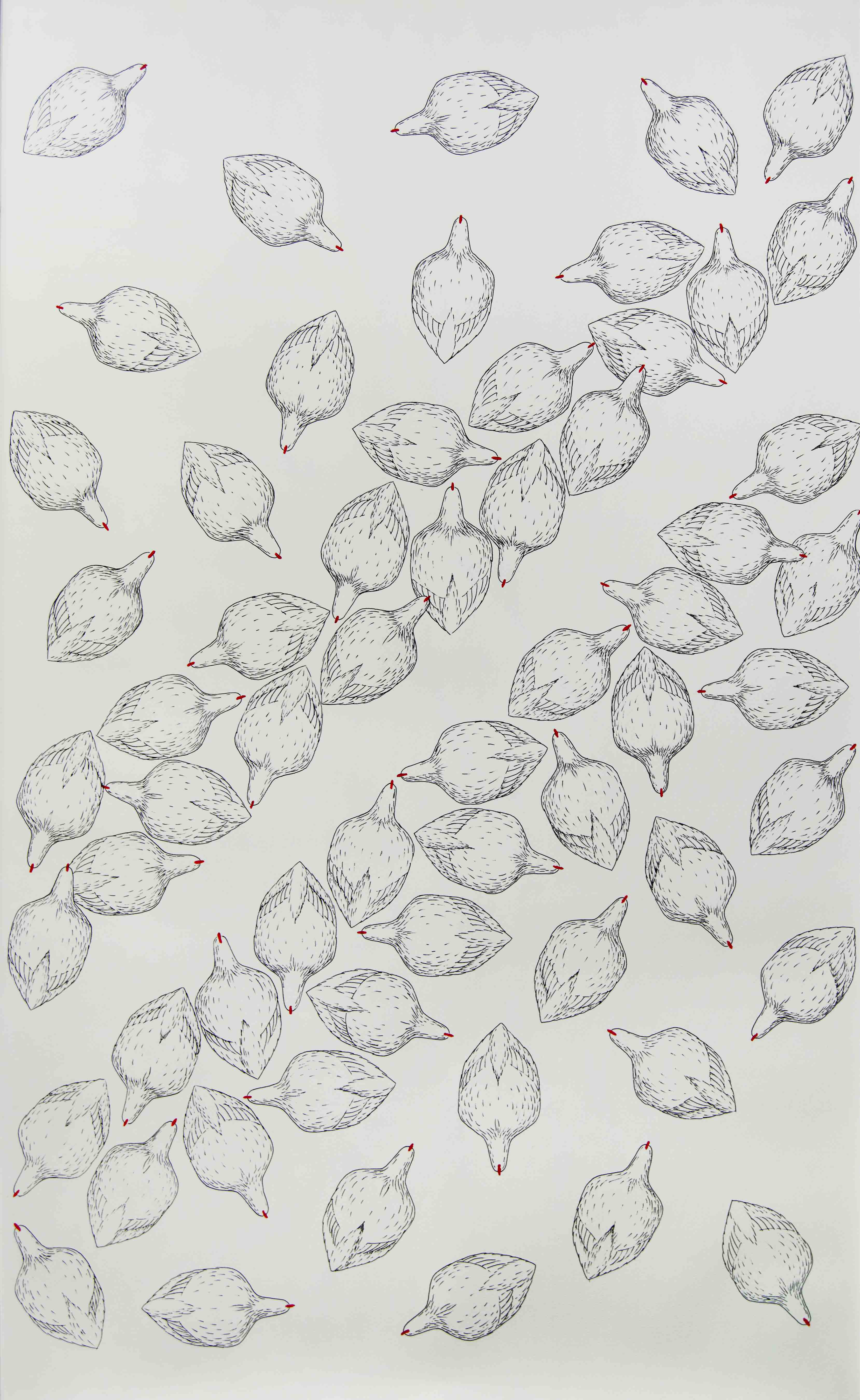 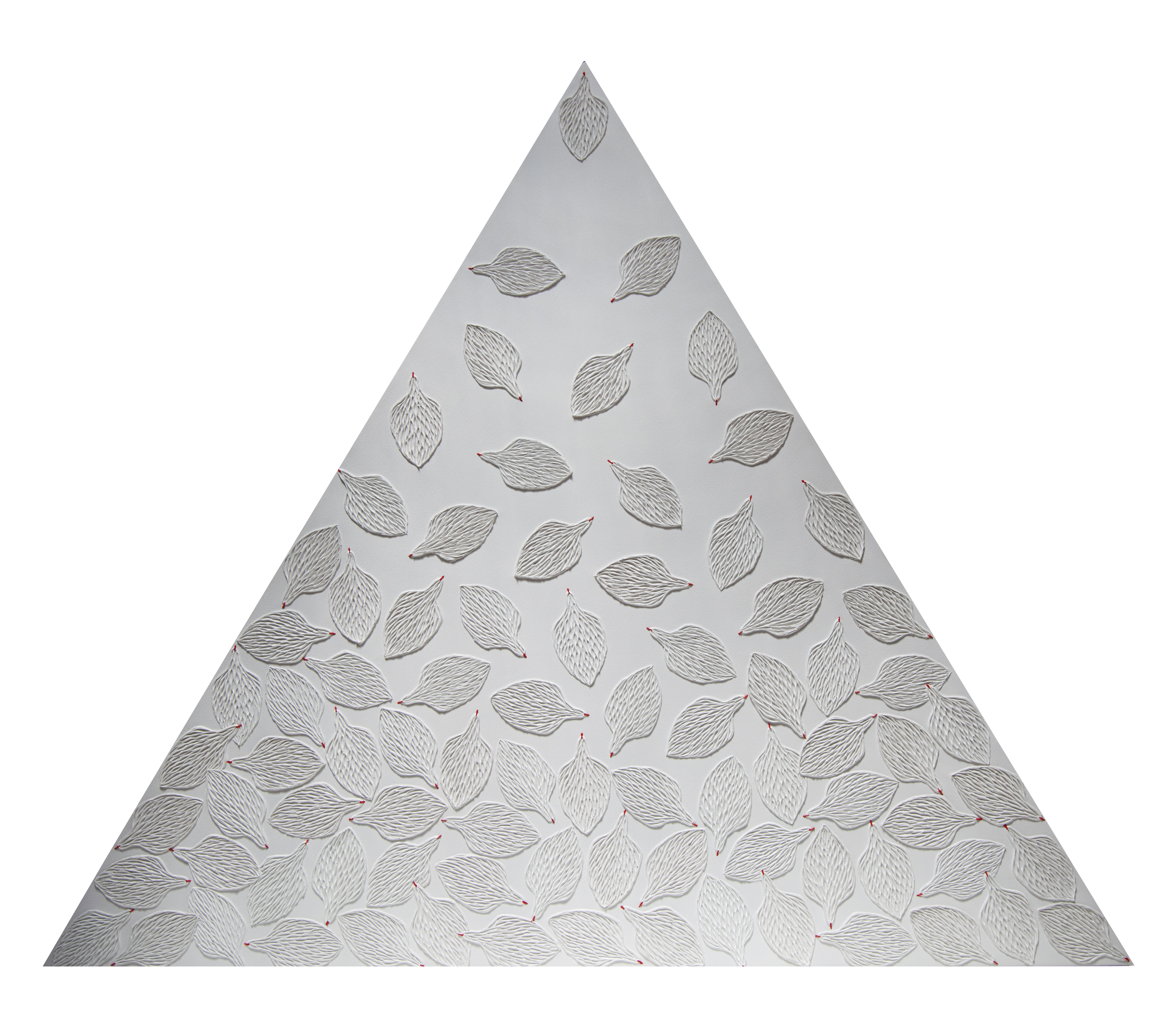 Inside the white Triangle